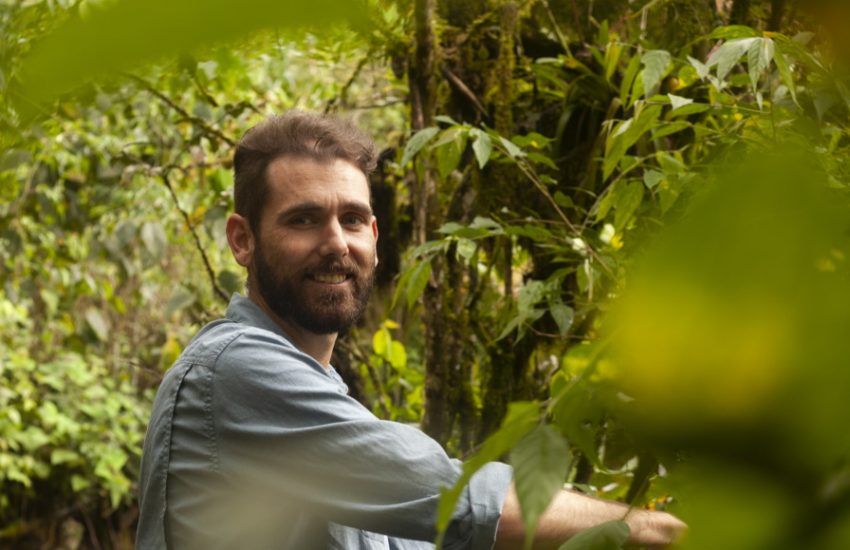 Ryan Lynch is a tropical ecologist with a master’s degree in Wildlife Ecology & Conservation and a specific focus on amphibians and reptiles.  Although originally from California, he has spent the past twenty years in the tropical forests of Ecuador after first visiting the country in 2001. Driven by his love of the land and nature, as CEO of Third Millennium Alliance (TMA) he protects 800 hectares of nature every day.

Ecuador’s coast is home to some of the wettest rainforests: the Chocó rainforests, as well as the last remnants of dry coastal forests in South America.  The critically endangered Ecuadorian white-fronted capuchin monkey and the Ecuadorian mantled howler monkey, vulnerable on the IUCN Red List, are just two examples of the thousands of unique species that live here.

Although the area is considered one of the most extraordinary destinations in South America, its native wildlife is declining dramatically, largely due to human activity. Deforestation is a major, global threat to nature. Nowhere is this more evident than in Ecuador’s Pacific Forest, which has lost 98% of its original forest cover in the past two generations alone. This makes Ecuador’s coast one of the most threatened ecosystems in the world.

Ryan spent two years documenting the diversity of amphibians and reptiles on the Jama-Coaque Reserve, where he worked on a program to engage local youth. For example, he took groups into the forests to look for amphibians and reptiles, all of which were photographed and documented. With those photos and information, Ryan created two field guides and provided them to the local residents who adjacent to the Jama-Coaque Reserve. This resulted in a greater appreciation of the local fauna and a decrease in wildlife mortality in the area, especially snakes.

Although it was undeniable that nature was declining, he also made extraordinary discoveries during his work in the field. Ryan spent several years leading expeditions to remote parts of Ecuador to search for new and undescribed species of reptiles and amphibians. He discovered and described many species that were new to science. Ryan even rediscovered the Tandayapa Andean toad (Andinophryne olallai), a species that was thought to be extinct.

Because Ryan discovered these new species, NGOs in Ecuador were able to better promote to governments and donors the importance of protecting and defending critical habitats from threats such as mining and oil extraction. Ultimately, it was biology, conservation and the wonders of nature that convinced him to join the front lines of the nature movement. In 2014, Ryan joined Third Millennium Alliance (TMA).

TMA aims to protect Ecuador’s remaining coastal forests.  They do this by creating and connecting protected areas and developing programs that address the underlying socioeconomic causes of deforestation. As in many parts of the world, deforestation is largely caused by local landowners. To support their families, they turn to logging and slash-and-burn agriculture due to a lack of more sustainable options.

TMA understood this complex relationship between livelihoods, economics and deforestation and has come up with an alternative built around regenerative communities and a payment for ecosystem services structure. The success of their community-based model sets an example for NGOs that face similar challenges in other parts of the world.

TMA owns and manages the Jama-Coaque Reserve, an 800-hectare protected area on the equator where the Chocó rainforest and tropical dry coastal forest meet. TMA has worked since 2014 closely with the IUCN NL Land Acquisition Fund on several land acquisitions, to create a corridor between their Jama Coaque reserve and the nearby Lalo Loor reserve – connected through reforestation.

Uninterrupted forest coverage allows animals to move freely between different forest types as they search for food. Because food availability varies between forest types and depends on the seasons, it is very important to secure corridor’s that cover the entire mountain range. Thanks to the efforts of Ryan and TMA, larger species, such as the Ecuadorian white-fronted capuchin monkey, can forage year-round.

Want to read or see more of Ryan’s work?