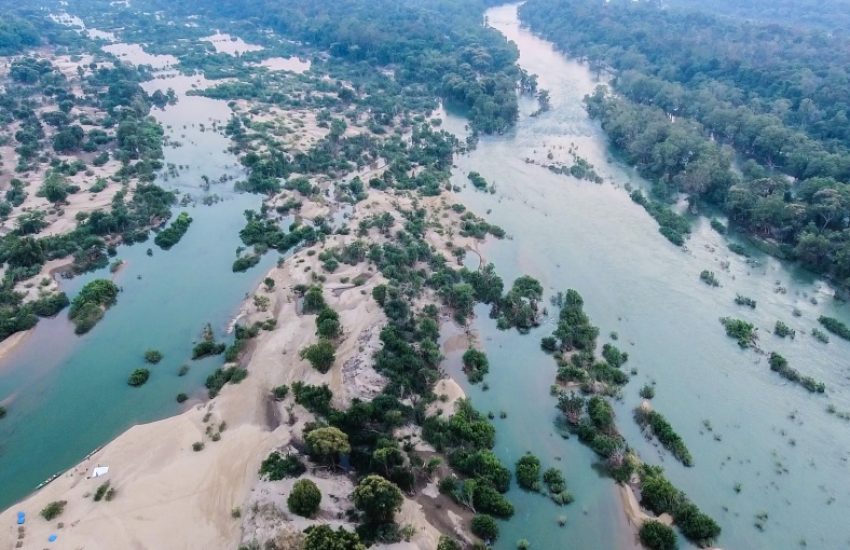 Around the world, ecosystems are being damaged and destroyed at a large scale, often with disastrous consequences for nature. The Stop Ecocide Foundation is working on a procedure to make ecocide an international crime at the International Criminal Court (ICC), so the destruction of nature can be fought through law.

Liliana Jauregui, Senior Expert Environmental Justice at IUCN NL, is an ambassador of the initiative. ‘I was born in Chile, a country with astonishing nature that has acquired its welfare through exploiting natural resources. The price it pays for this economic development is high: wildfires, deforestation, loss of marine life and toxic waste from mining put increasing pressure on the environment,’ says Jauregui. According to Jauregui, the initiative of Stop Ecocide can put an end to this destruction: ‘It is what we need to really make conservation successful.’

In more and more countries, like Ecuador, New Zealand and Bangladesh, the rights of nature are being recognised. ‘In those countries we see an increase in court cases being filed and won in which the government and companies are held responsible for violating the rights of nature,’ Jauregui says. And those examples provide inspiration to the Dutch conservation movement. ‘Sadly, a large chunk of nature and biodiversity here has already disappeared, but we still need to protect the nature that remains. To achieve this, acquiring rights of nature is an essential step,’ says Jauregui.

An expert panel, consisting of top lawyers, criminal law specialists and professors, is currently working on a robust judicial definition of ecocide. With it, interested ICC states can start the process to add ecocide to the Rome Statute.

According to Jauregui, it is important for the concept of ecocide to receive international recognition: ‘Using a term that classifies the destruction of nature as a crime is very meaningful. I’ve noticed that the concept is becoming more common. Belgium was the first European country to make a plea to make ecocide a crime at the ICC. French president Macron has made a commitment to work on an international prohibition of ecocide. More countries should follow their lead.’

Currently, nobody is being held responsible for destroying nature. ‘It hurts to see that. But it will no longer suffice to label that tremendous amount of damage as liabilities for future generations and vulnerable communities. We can no longer ignore it,’ says Jauregui.

The Stop Ecocide Foundation is working on jurisprudence to alter the International Criminal Court’s Rome Statute. Their goal is to make ecocide a crime, just like genocide, war crime, aggression and crimes against humanity. This way, those responsible can be held to account for the destruction of ecosystems. Over 18.000 people are already supporting Stop Ecocide in reaching this goal.

Making ecocide a crime would have an enormous impact on the way nature organisations work: ‘It will allow IUCN NL and our local partner organisations around the world to exert much more pressure. Currently, companies and governments can destroy nature with impunity, and we can only try to restore it after the fact. But if ecocide becomes a crime, we can hold them accountable beforehand,’ says Jauregui. This would also be of great importance to local communities and environmental defenders, says Jauregui: ‘They have a strong connection to local nature like rivers and forests, which are often under pressure. They risk their lives to stand up for nature, which they and all of us depend on.’

To support the movement, Jauregui signed Stop Ecocide’s petition. ‘As an ambassador I also contribute by sharing my network and connecting the movement to other important actors in conservation,’ says Jauregui. The Stop Ecocide movement implicitly stands up for the rights of nature, by protecting it through law. Jauregui: ‘I would like to see the concept and the ideas about rights of nature in general being adopted in more laws around the world.’