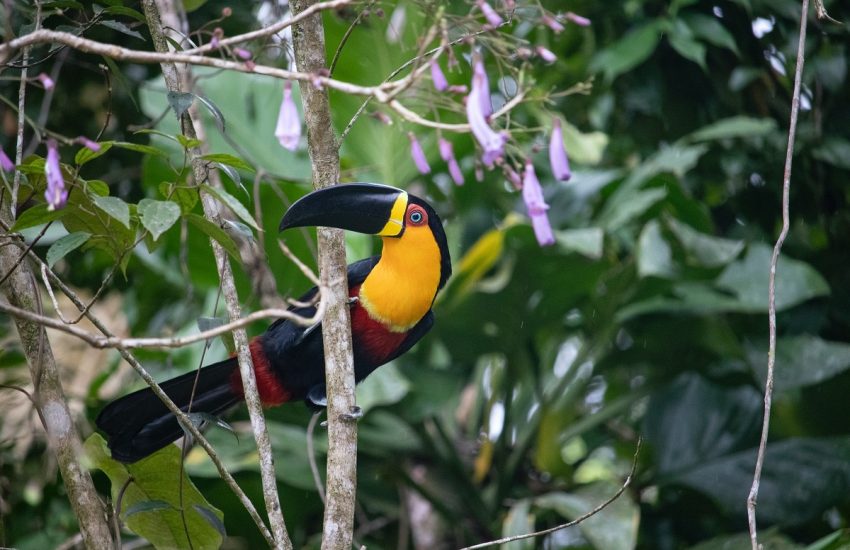 The European Union and Mercosur states – Argentina, Brazil, Paraguay and Uruguay – are negotiating a free trade agreement. IUCN NL sets out expected impacts of the agreement on biodiversity, deforestation and climate change and provides recommendations to ensure much-needed safeguards.

An analysis of 189 countries from 2001 to 2012 shows that deforestation increased significantly over the three years after the enactment of free trade agreements [1]Abman & Lundberg, 2020. In October 2020, the European Parliament passed a non-binding resolution opposing the ratification of the free trade agreement between the European Union and Mercosur on the grounds of concerns over the environmental policy of the Jair Bolsonaro government.

While proponents of the EU-Mercosur Trade Agreement state it would bring opportunities for growth, jobs and sustainable development on both sides, critics are concerned it might have serious environmental and social impacts, especially in the Mercosur region.

Latin America and the Caribbean have the highest level of carbon emissions, with 1.9 gigatonnes CO2-eq, mainly caused by the specialized production of beef. Beef and cattle milk were found to be the commodities responsible for most emissions (41 and 20 per cent respectively). Every kilo of beef produced emits approximately around 300 kg of CO2-eq, followed by meat and milk from small ruminants, 165 and 112 kg of CO2-eq per kilo respectively [2]FAO, 2013: http://www.fao.org/3/i3461e/i3461e03.pdf.

In addition, the beef sector is by far responsible for the largest water footprint: 15 thousands liters of water per kilo of bovine meat produced (ibid).

According to the NGO GRAIN, the EU-Mercosur treaty scenario is very worrisome in terms of CO2 emissions. It estimates the treaty will trigger an increase the beef exports from Mercosur to the EU, placing beef as the biggest source of new emissions (82%). This estimate is based on the presumption that both economic blocs would take full advantage of the tax liberalizations in key economic sectors, given the corresponding increases in importing quotas and decrease in duties for specific commodities.

Many of the commodities to be traded from the Mercosur to the EU are among the main drivers of deforestation at local level. They are also linked with soil deterioration, high CO2 emissions and biodiversity loss. An analysis commissioned by The Greens/EFA states the impact of the treaty on the climate involves multiple negative effects, such as deforestation, emissions from methane gas, increased pollution from maritime transport and increased use of pesticides.

Given the high environmental and social costs for both regions, short and long term, IUCN NL stresses these impacts should be taken into account when estimating economic gains of the treaty.

No binding requirements for sustainability

The agreement includes a sustainability chapter, titled ‘TRADE AND SUSTAINABLE DEVELOPMENT’, which elaborates on the agreement’s concordance with regulations and targets established in the Paris Agreement.

While this sustainable development chapter is formally binding, it has no mechanism for implementing sanctions: conciliation is preferred. Also the clauses mentioned are not binding, meaning that treaty partners are not legally bound to commitments on climate change mitigation.

NGO Imazon warns “the current agreement may not promote sustainable development as required by the EU trade regulation” .

Since many of the commodities to be traded from the Mercosur to the EU are among the main drivers of deforestation at local level, IUCN NL believes the sustainability chapter of the treaty, and the treaty itself, should ensure zero deforestation and conversion.

The EU Greens report mentions the negotiation process was not transparent nor accessible to civil society. While EU parliamentarians had access to the draft texts of the agreement, civil society did not. The most recent texts that academics and civil society were able to analyze were part of several leaks by Greenpeace in December 2017. Only large trade union confederations, such as the Southern Cone Confederation of Trade Unions (CCSCS) and the European Trade Union Confederation (ETUC) have been allowed to participate at some moments of the negotiations, as observers. The lack of transparency and dialogue with actors from civil society has been a subject of constant criticism and complaint.

Especially within the Mercosur region countries, local governments should better inform civil society about this process. In our conversations with local partners and while collecting data, we found that EU civil society has more information regarding the treaty than Mercosur local civil society. Our partner organisation IDEA from Paraguay confirms that they had little knowledge about the free trade agreement and that in all these years the local government did not enable a space to update nor consult with civil society on the negotiations.

It is also key to have information and certainty on how the dialogue with civil
society will take place if the treaty would come into force, because the specific pillar on Political Dialogue has not yet been publicly released.