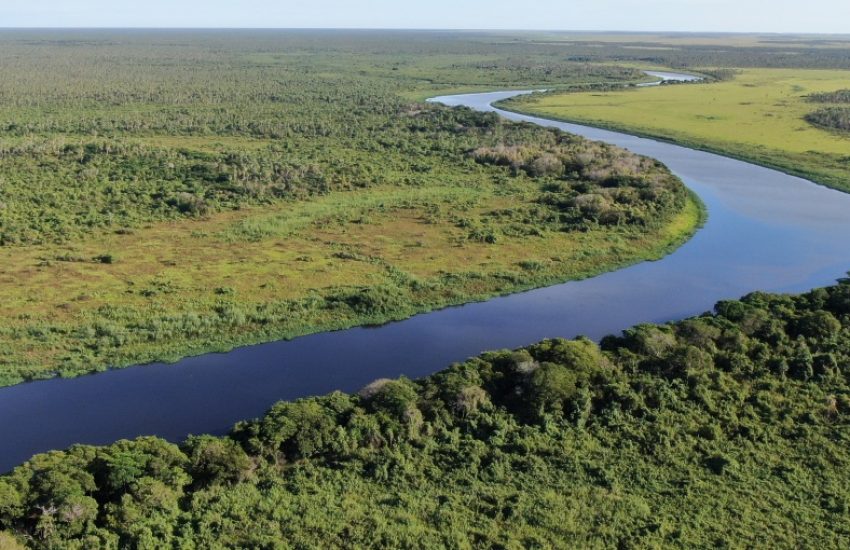 IUCN NL partner organization Guyra Paraguay recently launched an automated monitoring system that tracks deforestation in the Gran Chaco. The new system, which is based on Artificial Intelligence (AI), automatically compares satellite images to public information about permits to identify illegal deforestation. The new system saves a lot of time and allows for Guyra to focus on the development of conservation programs.

The Gran Chaco, which is the largest forest mass in South America after the Amazon, is currently suffering the largest deforestation in the history of the region. The area spans over a million square kilometers, and includes over 100.000 square kilometers of reserves and concession areas. This makes it extremely challenging to regulate and monitor clear cut, logging and forest fires in the Gran Chaco.

The Paraguayan government gives out environmental licenses to allow production activities to take place in the region. Any deforestation that happens outside of these approved licenses is considered illegal. This information is publicly available, which gives CSOs the opportunity to effectively fight deforestation.

However, taking and monitoring the inventory of large stretches of land for changes in land cover that indicate illegal deforestation is a very time-consuming task. Therefore, IUCN NL and Guyra Paraguay joined forces with Ellipsis Earth Intelligence to develop an automated monitoring system. Maxime Eiselin of IUCN NL explains: ‘The system combines the strengths of computer automation, machine learning, and remote sensing data with human insight and knowledge. It is set up to be self-learning, and as conservationists work with the platform, they can mark possible errors and feed new areas of interest to continuously train the AI.’

The system automatically aggregates conclusions about land cover changes to areas that are important to local communities and wildlife. These include reserves, concessions, areas rich in biodiversity and indigenous territories.

Users can decide which land cover types are relevant and how they are defined- an important feature, because the definition of what constitutes forest differs across the globe. The data on land cover changes is then cross-referenced with licensing databases from the government, making illegal deforestation visible.

The monitoring provides Guyra, their local partners, and the public at large with the information and the digital tools that are needed to give insight into the drivers behind deforestation in the Gran Chaco. The data provided by the system helps to safeguard sustainable development in the region by giving an overview of the compliance to environmental licenses and detecting illegal deforestation.  This has already resulted in two lawsuits, where illegal loggers had to pay a compensation fee.