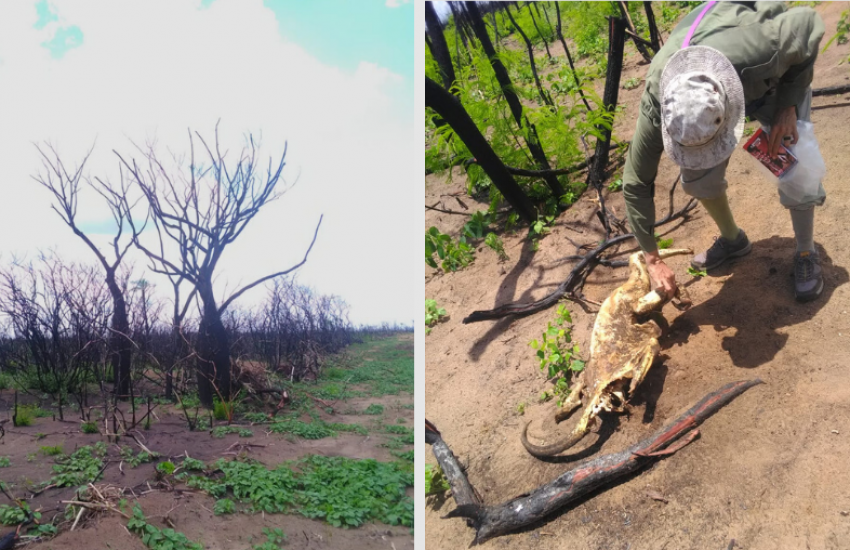 After the flames, the disaster continues

The impacts of forest fires are devastating. Not only while the flames are raging, but also long after. This article sheds a light on the devastating impacts after the fire is extinguished and presents views from Latin American partners on how to safeguard the world’s remaining forests.

In The story behind the flames we discussed the causes of the 2019 forest fires in Latin America. Even though the devastating impacts of those fires generated worldwide reactions, also this year we are faced with forest fires, which, according to the IPCC, will become more frequent.

‘And there is no relief after the fires have been extinguished,’ Mariel Cabero, expert Environmental Justice at IUCN NL, stresses. ‘According to a recent study carried out in 22 Latin American countries, half of the Latin American forests which suffered fires will disappear.’

The study demonstrated the extreme fragility of Latin American forests: half of the region’s forests would not survive after suffering their first fire, nor would they be able to withstand a second conflagration in less than five years. The study states that “a single fire event can set the stage for a massive proportion of forest loss and its conversion into other uses.”

Besides the setback on reducing CO2 emissions, losing forests means losing livelihoods, biodiversity and bioculture. Cabero: ‘Our partners in Latin America have witnessed the devastation left after the fires: burned wildlife, forested landscapes turned into ashes and communities grieving the loss of their crops and houses.’

Forests are key to mitigating the impacts of climate change, and they are home to Indigenous Peoples and a large portion of the world’s biodiversity. ‘In the worrying climate change scenario we are at, keeping the remaining world’s forest might be our only chance to turn back the tide,’ Cabero says.

To help forest ecosystems restore after a fire has occurred, a number of measures should be taken. ‘In the areas that have been burned, new settlements or other changes of land use should be forbidden. This will allow the ecosystem to naturally restore,’ Freddy Rivero from our partner organisation SAVIA in Bolivia says.

Furthermore, reforestation should be done under strict conditions. Rivero: ‘Planting a massive amount of exotic species like eucalyptus will further deteriorate the burned ecosystems, as they are usually planted as monocultures and replace the original biodiversity of the forest.’ Instead, restoration should be adjusted to the context, with plant and tree species that are native of the region. ‘We should also allow nature to restore itself,’ Rivero concludes.

In order to do so, Ribera sees a need for clear norms to regulate agricultural practices and hold business accountable. ‘Governments need to prevent forest fires and not serve as fire extinguishers for the private sector,’ he says. ‘The forest and agricultural state authorities should minimize the permits they give for burning and clearing of forests when there is a high risk of droughts and heat waves,’ Ribera says.