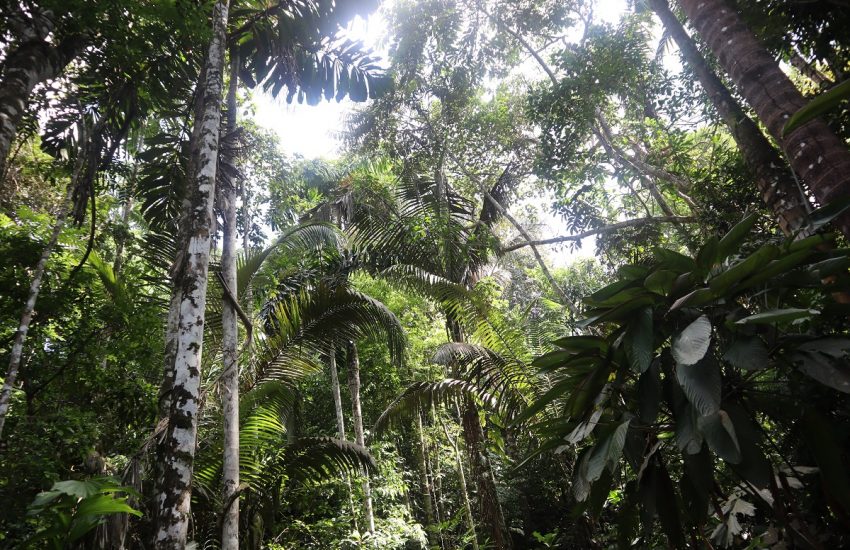 Every week, people around the globe are killed because they stand up for nature. An even larger group is being silenced through violence, arrests, intimidation or lawsuits. Environmental human rights defenders in Latin America and the Caribbean are suffering severely from these violations. In 2021, the region took a historic step by bringing the Escazú Agreement into force. This article explains how this binding treaty makes a difference to the rights of conservationists.

The Escazú Agreement is a regional political treaty in Latin America and the Caribbean to improve access to information, participation in decision-making and access to justice in environmental matters. The full name of the treaty is “The Regional Agreement on Access to Information, Public Participation and Justice in Environmental Matters in Latin America and the Caribbean.” From 20 through 22 April 2022, one year after its entry into force, the first Conference of the Parties (COP1) of the Escazú Agreement took place.

These provisions are of great importance in a region where it has been unsafe for conservationists for years. Colombia, Mexico, Brazil, Guatemala and Honduras are among the most dangerous countries in the world for environmental activists, according to the latest Global Witness report. Women and indigenous communities are often the hardest hit; the agreement was established on the basis of the principles of equality and non-discrimination.

The Escazú Agreement is one of the first agreements that directly links environment to human rights. Among other things, the treaty contains a specific clause that obliges states to guarantee and facilitate the safe participation of environmental human rights defenders in political decision-making, and to prevent threats and violence.

In Latin America and the Caribbean, the agreement is a breakthrough in international environmental law, because it clearly highlights the importance of public participation in addressing environmental issues. According to the treaty, citizens must have access to active participation, information and justice. It also includes measures to establish and strengthen the capacities and collaboration of environmental and human rights activists, ultimately helping to ensure the individual’s right to a healthy environment.

Several partner organisations of IUCN NL work in areas with many environmental conflicts take, often linked to deforestation. In the Colombian Amazon and Chiquitania in Bolivia, for example, communities have no information about what is happening to their environment and no access to justice. That is why, as part of the Forests for a Just Future programme, we gather information from Latin American countries where deforestation for the production of palm oil takes place.

Negotiations for the treaty started in 2012, during the United Nations Conference on Sustainable Development in Rio de Janeiro. Governments of ten Latin American and Caribbean countries expressed their support for a regional agreement that would establish rights in environmental issues.

In March 2018, after years of negotiation, states agreed to the treaty in Escazú in Costa Rica. The agreement was created and negotiated entirely locally and is therefore supported by the entire region. Government representatives, mainly the Ministries of Foreign Affairs and Ministries of the Environment, negotiated and approved the text.

Subsequently, the agreement was opened for signature to the 33 Latin American and Caribbean countries. So far, 24 governments have signed. Half of these states have ratified the text, meaning the treaty’s obligations are also enforceable at the national level. These countries are: Antigua and Barbuda, Argentina, Bolivia, Chile, Colombia, Ecuador, Guyana, Mexico, Nicaragua, Panama, Saint Vincent and the Grenadines, Saint Kitts and Nevis, Saint Lucia, and Uruguay.

Colombia, which has seen the world’s highest number of murders of environmental activists for two years in a row, ratified the agreement on 10 October, 2022.

Making people aware of their rights

Now that the treaty has been ratified in several countries, it is important that communities and environmental activists themselves are also aware of their rights. As part of the Forests for a Just Future programme, IUCN NL will start a capacity building project in which we inform mainly women in remote areas in the Amazon about their right to participate in environmental matters and what steps to take of this right is violated.

First Conference of the Parties

The first Conference of the Parties (COP1) of the Escazú Agreement took place from 19 through 22 April, 2022. A year after the entry into force of the convention, the COP1 participants discussed how the general public can be more involved in the agreement and what financial resources are needed to properly implement it.

In the context of the COP1, a series of parallel sessions on various themes was organised. IUCN NL’s expert Liliana Jauregui spoke during a panel about the importance of gender and inclusiveness in the implementation of the convention.

Read more about the panel

Every country must take measures to prevent, investigate and punish attacks against, threats or intimidation against human rights defenders in environmental matters while exercising their rights.

Every country must provide a safe and supportive environment for individuals, groups and organisations promoting and defending human rights in environmental matters to operate free from threats. ↑2

Specifies the ways in which each party to the agreement should disseminate the information, ensuring that this information is reusable and available in accessible formats.

Highlights the importance of public participation in environmental decision-making processes, and describes the means by which this is ensured.