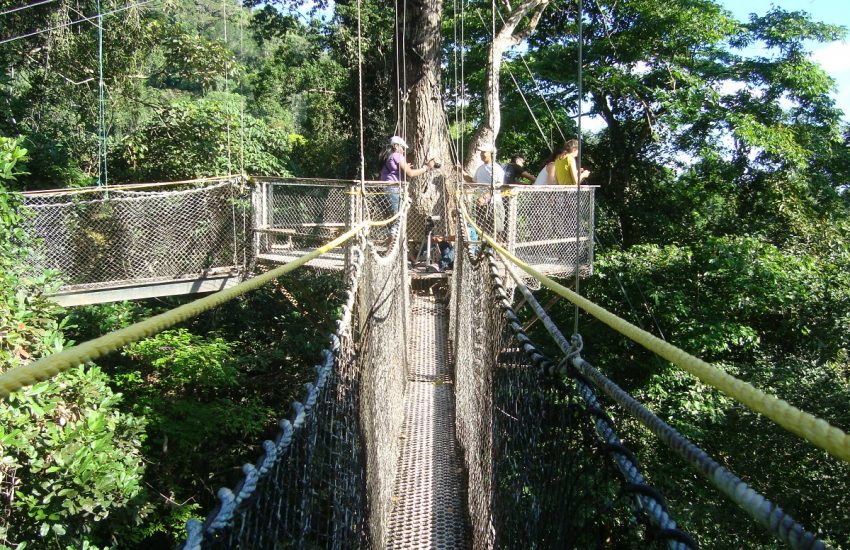 ‘The agreement is a historic step forward, but we must critically approach it from the gender perspective. There is still a lot of work to do.’ With these words, IUCN NL’s environmental justice expert Liliana Jáuregui closed the event Reading the Escazú Agreement from a gender perspective: challenges and opportunities. The panel discussion was a side event of the agreement’s first Conference of the Parties that took place from April 20th through April 22nd.

The Escazú Agreement is a treaty of Latin American and Caribbean governments that entered into force in 2021 and ‘enshrines the right of every person of present and future generations to live in a healthy and clean environment and to sustainable development’.

The treaty is one of the first agreements that directly links environment to human rights. It focuses on the importance of active public participation and the access to information and justice in addressing environmental issues. And it is the first in the world to contain provisions on protecting and facilitating human rights defenders in environmental matters.

Read more about the Escazú Agreement

But, as Jáuregui points out, ‘if society does not have an eye for the structural gender problems, women will not participate in decision-making processes, monitoring of environmental policies or in the design of norms, perpetuating the gender gap that already exists.’

Gender inequality: violent in itself

The challenges women encounter in accessing their rights was one of the key topics of the event, which confirmed how deeply rooted and multi-layered gender inequality is. In environmental matters, such as the control over natural resources and the defense of ecosystems, gender-related violence includes intimidation, surveillance and sexual violence.

But gender inequality is also violent in itself. Violent to the rights of women taking care of the natural resources in the area their families have lived for generations. Women from indigenous communities face another layer of barriers.

More about human rights and nature

During the event, community leader Aracelly Jiménez from Costa Rica told about their lands rights conflict. Her community’s territory has been handed over to a company that exploits the land, causing severe degradation and pollution of the mangrove forest. This has led to the community being expelled from their land.

Attempts to identify the company were unsuccessful, despite using all official government channels. The women from Aracelly’s community are eager to use their knowledge to protect the mangroves, but the lack of access to information and participation makes it impossible.

Transparency and access to justice are key in the fight against gender inequality throughout the region. Vanesa Torres from Ambiente y Sociedad Colombia explains that judicial institutions have no knowledge of the impact of a degraded or polluted environment on women. As a result, women’s quest for justice is fruitless. This lack of institutional knowledge is further complicated by Colombia’s post-conflict context, where deforestation is skyrocketing.

Another key element in overcoming gender inequality – in Latin America and the rest of the world – is increasing the role of women in public decision-making. Belén Paez from Ecuador pointed out that many girls and women and are educated to have passive roles in their communities and to dedicate themselves to household tasks. This is reflected in their political representation at local, national and international levels, including decision making on natural resources, climate change and other environmental issues.

The Escazú Agreement is a vital instrument in battling gender inequality in Latin America and the Caribbean. It requires governments to take measures on top of their existing national laws. But, according to Jáuregui: ‘it is not an end point; it is an important first step’.

That is why IUCN NL, together with local partners, will work on informing women from the rural Amazon about their right to participate in environmental matters and what steps they can take if that right is violated. In addition, we advocate to solidly include gender in the implementation of the Escazú Agreement and support this process with relevant information. This project is part of the Forests for a Just Future programme.