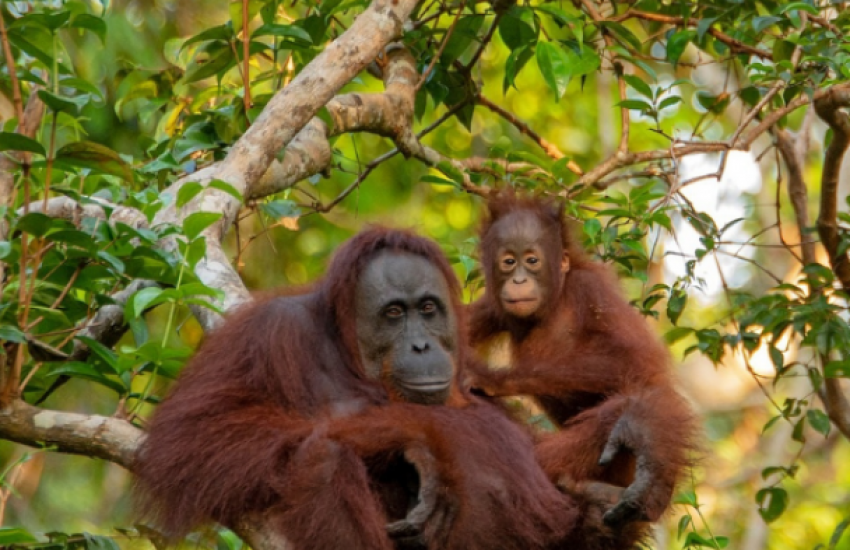 Sustainability in vegetable oils: challenges for science and policy

What is the connection between the maned wolf and the orang utan? Although they live worlds apart, their habitats are invisibly linked through the world market for vegetable oils. Two cutting-edge webinars dived into the challenges for both science and policy when it comes to hitting the target of sustainability in vegetable oils.

While the connection between the largest canine of South America and the great ape native to Indonesia and Malaysia may seem farfetched, a shift in demand from palm oil to soy oil or back, may affect both species. This interconnectedness of the oils and the biomes where they are produced is a challenge that affects the quest for sustainability of vegetable oils. Heleen van den Hombergh, senior expert agro-commodity governance at IUCN NL, explains:

‘Currently, palm oil is used in about 50% of the packaged food found on super market shelves. In Europe, Indonesia and other countries, it is also used as an ingredient in biodiesel. The production of palm oil is under public scrutiny, because of its social and environmental impacts, for example on the habitat of the orang utan. But the expansion of the production of soy oil, which could be used as an alternative to palm oil, also has environmental effects, including on wildlife habitats.’

Apart from soy oil, there are many more vegetable oils, which are much less under scrutiny by critics but, for example, require much more land than oil palm for the same amount of oil, which also may have repercussions on biodiversity.

Van den Hombergh stresses: ‘Sustainable vegetable oil production is possible, depending on the scale, location and management of plantations, but to achieve this on a global scale, we cannot look at any of these oils in isolation.’

Then how to research the environmental and social impacts of palm oil compared to other vegetable oils, such as soy oil, sunflower, coconut oil, rapeseed oil, and how to take into account the high level of interchangeability of the oils on the world market to asses such effects?

Together with the IUCN Oil Palm Task Force, Van den Hombergh took the initiative to organize two webinars on the scientific and policy-making challenges of dealing with the vegetable oils as a highly interrelated category.

‘This is a scientific, but surely also a policy-makers’ challenge,’ Van den Hombergh states. ‘Each oil may have its own sustainability challenges in its own context, but singling out one does not make much sense as measures for one (e.g. palm oil) may cause shifting impacts across the globe, from the tropical rainforest to the dry forests and from savannahs back to the tropical rainforest.’

Setting the bar, raising the floor

Policy makers currently have the chance to set a strong legislative bar in Europe to take deforestation/conversion and human rights violations out of products placed on the EU market, as voluntary initiatives so far have not been able to deliver sufficient scale.

Van den Hombergh: ‘IUCN NL recommends the EU to set mandatory due diligence criteria and to formulate minimum criteria to be applied at company and product levels. The EU should set the bar with strong norms for all vegetable oils and other commodities, but also raise the floor of good governance in producing countries with packages of supportive measures. Both are essential to have impact at scale.’

The recordings and PowerPoints of both the 2-hour webinars (held on September 15 and 17, 2020) can be found on the website of the Palm Oil Task Force.