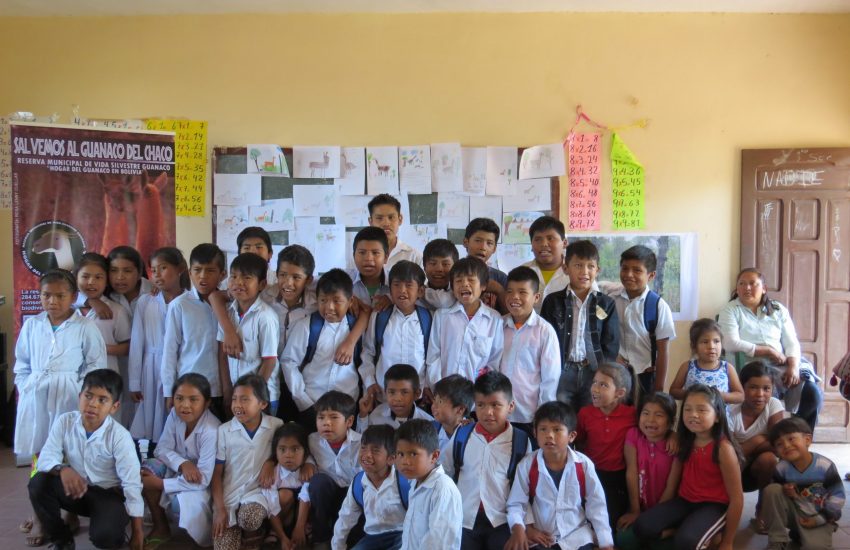 The Gran Chaco is the largest continuous dry forest in South America and is the only ecoregion after the Amazon that still hosts isolated Indigenous groups living in the forest. But their livelihoods and the nature they protect are under increasing threat. Strengthening civil society organisations which represent these isolated people is the key for the conservation of natural resources and public goods.

The Gran Chaco covers Argentina, Bolivia and Paraguay. ‘There are three Indigenous groups that still live in the dry forest,’ says Fabiana Benítez of our local partner organisation Guyra Paraguay. These are the Guaraní in Bolivia, the Yshir in Paraguay and the Ayoreo in both Paraguay and Bolivia. ‘Some of the Ayoreo families still live in isolation in the forests. Although the other groups are part of the local economy, they are still dependent on natural resources,’ Benítez explains.

In addition to these Indigenous communities, the region hosts a pristine biodiversity, including species like the jaguar, puma, ant eater and giant armadillo. However, the area is facing challenges like climate change, cattle ranching, deforestation and agro-industrial activities. ‘This poses a risk to the livelihoods and survival of the local indigenous population and their forests,’ says Sander van Andel, senior expert nature conservation at IUCN NL.

Natalia Araujo of our local partner organisation Natura Bolivia adds: ‘Much of the forest cover in the Gran Chaco region is being transformed into agricultural and livestock lands, putting the ancestral territory of these groups at risk.’ ‘Fragmentation of land and ecosystems is a very big threat to them, as they are extremely dependent on it,’ Araujo explains.

To tackle the challenges that indigenous peoples across the Gran Chaco face, Guyra Paraguay and Natura Bolivia joined forces to strengthen the capacity of civil society to conserve their territory and livelihoods. Benítez: ‘We do this through several strategies, for example through multi-stakeholder platforms.’ Here, indigenous people can learn how to defend their territories when engaging with other stakeholders. ‘This is a good practice for lobby and advocacy,’ Benítez explains.

In the district of Bahia Negra in Paraguay, a roundtable resulted in a Land Use Plan for the area. ‘Through this platform, representatives of the Yshir and Ayoreo people were able to talk to cattle producers about their territories and how to keep them connected,’ says Benítez. ‘The civil society organisations who represent the Indigenous peoples were prepared for this through workshops on dialogue and technical skills like cartography.’

‘In 2015, the Guaraní people from Charagua Iyambae were one of the first to establish an indigenous autonomy in Bolivia. This status gives the local population the opportunity to exercise their full rights over the control of their territory, natural resources and their vision for further development of the region.’

Another way for indigenous groups to safeguard their territories and ancestral sites is through engaging in community governance. ‘In 2015, the Guaraní people from Charagua Iyambae were one of the first to establish an indigenous autonomy in Bolivia. This status gives the local population the opportunity to exercise their full rights over the control of their territory, natural resources and their vision for further development of the region,’ Araujo explains.

In both Bolivia and Paraguay, biocultural corridors are a widely used approach. Araujo explains: ‘These corridors are an important part of the land use plans the groups drafted. The main goal is to ensure ecosystem connectivity and, at the same time, protect the important cultural and ancestral sites that are part of their territory.’

In Paraguay, a small scale biocultural corridor was designed together with Ayoreos, Yshir and Guaraní communities. ‘This corridor was then inserted into the territorial strategy that was part of the Land Use Plan for Bahia Negra,’ says Benítez. The local population now has more control over their land and natural resources. ‘And it will also generate economic opportunities and raise the living standards of the local families,’ Araujo adds.

Water is a critical resource in the Gran Chaco. Indigenous communities living in water-producing areas are establishing “Reciprocal Water Agreements“, in which they make long-term commitments to protect the forest and water sources from threats such as livestock or deforestation. ‘In this way they become active actors in the conservation of a common good that benefits all communities downstream,’ says Araujo.

In Bolivia, the capacity building and community governance activities organized by our partner resulted in the creation of three new protected areas, covering a total of 5,6 million hectares.  ‘It is the first time that an Indigenous government proclaims legal protection for such a large area,’ says Van Andel.

This decision is not on only beneficial for the animals living in the areas, but also to the indigenous peoples who made an important step towards conserving their livelihoods and culture by creating the protected areas.  ‘The reserves are key for the connectivity of the indigenous territories. And a connected forest is crucial for the protection of natural resources,’ Benítez explains.

In Paraguay, the management of other Indigenous territories and protected areas has been strengthened thanks to the joint work to strengthen civil society. ‘We focused especially on the people who work in these areas, like indigenous leaders, rangers and officials who are crucial for the protection of their territories,’ Benítez concludes.

Leading up to and during the Member’s Assembly at the IUCN World Conservation Congress 2020, IUCN Members can vote to approve motions. They are the mechanism by which IUCN Members influence third parties and guide the policy and Programme of IUCN. A number of the accepted motions are linked to the work of our partners in Bolivia and Paraguay. A part of the motions will be sent for vote by electronic ballot from 7-21 October 2020

‘The indigenous groups in the Gran Chaco depend on the areas’ ecosystem services and have played a significant role in conserving them. Their importance and contribution needs to be recognised,’ says Araujo. ‘This motion can help to reinforce the importance of nature for people and more directly for indigenous communities. They do not have an alternative for nature, it is their only livelihood.’

The IUCN Congress 2020 will take place from 3 to 10 September 2021 and bring together the global nature conservation community and allow civil society organisations to share their work and knowledge. In a series of articles, IUCN NL’s partner organisations from around the world tell us about their work for nature and people.

View all articles in the Congress 2020 series 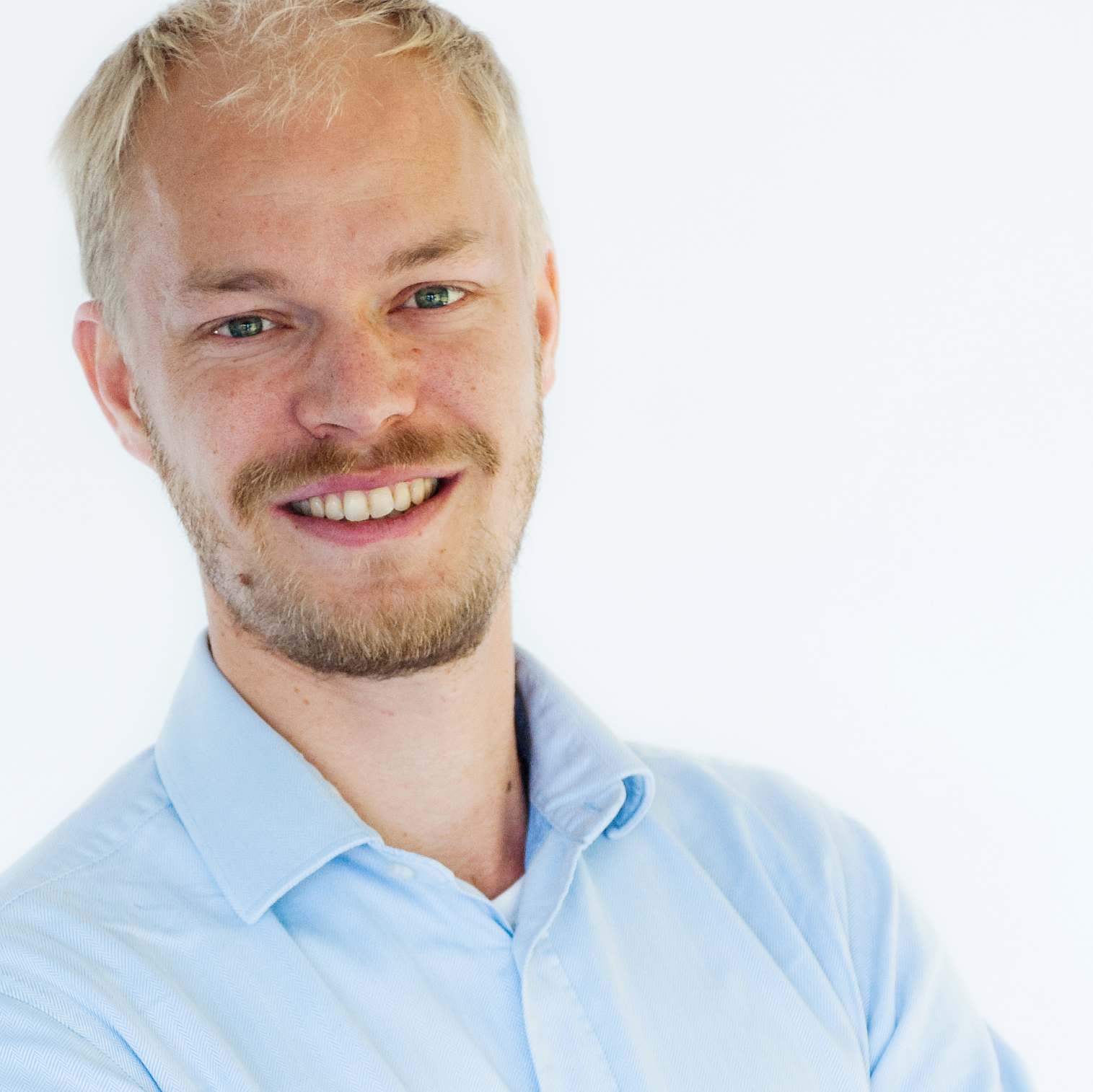