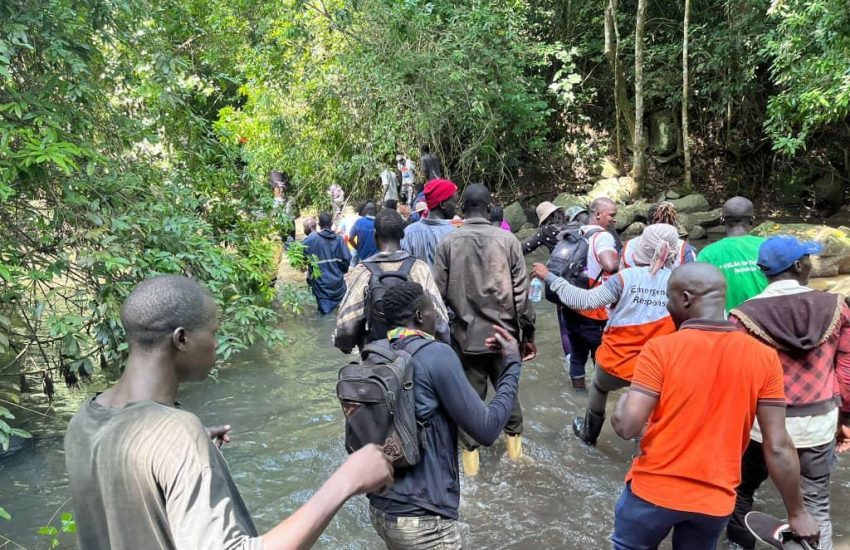 To commemorate World Environment Day on June 5 of this year our partner organization Friends of Zoka joined in the organization of various events for the local communities living around the Zoka Central Forest Reserve. This forest reserve is a 1259-hectare natural forest in the Northern region of Uganda and includes among others the endangered Afzelia Africana tree species, which is a top target for illegal loggers. Friends of Zoka is protecting the Zoka forest from illegal logging.

The deforestation rate in Uganda is very high. Forests are cut down for agriculture, urbanization and logging. Every year, 2.6% of the country’s forests are cut down according to the World Bank. If things continue this way, the country’s National Environment Management Authority expects Uganda to have lost all its forests in less than 25 years. Studies have shown that almost all of the forests outside of protected areas have been cleared. This is very concerning as these forests are the habitat of many different species and they are of great importance to the people living in the area. Forests provide food, wood and income for Ugandan households and protect them against the effects of climate change, such as extreme weather events, floods and droughts.

To commemorate World Environment Day, Adjumani District Local Government called upon all partners, including Friends of Zoka, working on the environment, energy, climate change, and conservation to plan for activities that are in line with the theme of the celebration.

Additionally, a community dialogue was held that had presentations from Friends of Zoka, NFA, Uganda Wildlife Authority, LWF, District Forest Officer, District Tourism Officer, and GIZ. The dialogue was then concluded by the District Local Councilor Five representing Ukusinjoni Sub County. It was an inspiring day for the conservation of Zoka Forest.

Forests for a Just Future

As part of our project Forests for a Just Future, we are supporting nature organizations in Uganda that protect the country’s forests. Forests for a Just Future works in 12 countries in South America, Africa and Asia. We contribute to more sustainable and inclusive management of tropical rainforests, in a way that promotes climate mitigation, human rights and preserving the livelihoods of local communities.

Learn more about the project