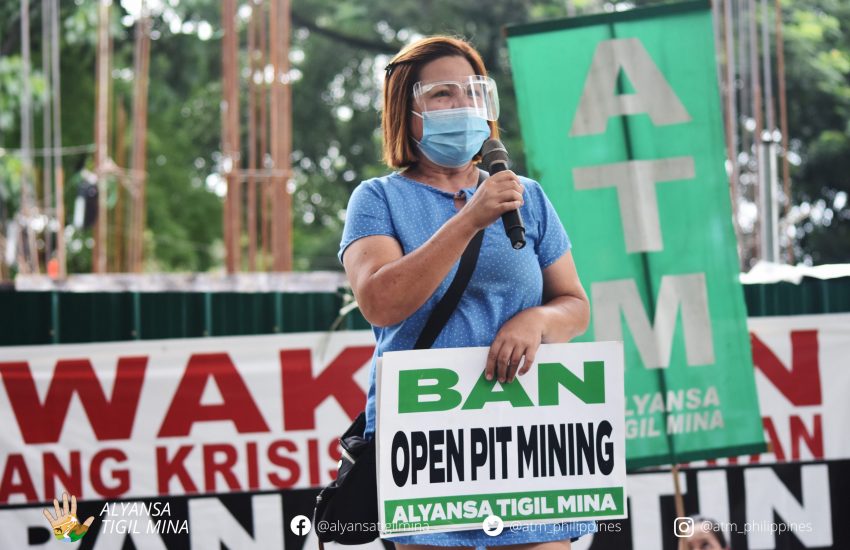 The Tampakan mining project in the province of South Cotabato on the Philippines’ southern island of Mindanao is said to be the largest undeveloped copper-gold mine in Southeast Asia. Opening the mine would spell disaster for the region’s watershed systems, agricultural lands and climate resilience. Since the 1990s, the mine has faced stiff resistance from civil society, farmers and Indigenous peoples. A recent amendment to the province’s environmental code, which would have allowed for open-pit mining in the province, has now been vetoed by the province’s governor.

In December 2021, the Philippine Department of Environment and Natural Resources (DENR) reversed the 4-year-old nation-wide ban on open-pit mining.  This spurred fear of the advancement of the Tampakan mining project amongst local Indigenous communities, farmers and civil society groups like ATM, who have been resisting the project for decades.  The provincial ban on open-pit mining in South Cotabato was however still preventing the project from proceeding.

This changed when in May 2022, the Provincial Legislative Council of South Cotabato moved to overturn, by means of an amendment to the province’s environmental code,  the 12-year-old provincial ban on open-pit mining. Sagittarius Mines, Inc. (SMI), operator of the Tampakan project, has long pushed for this removal of the prohibition on open-pit mining.

On June 4, South Cotabato Governor Reynaldo Tamayo Jr. vetoed the amendment of the province’s environmental code. Our partner organization ATM, an alliance of mining-affected communities and their support groups and CSOs in the Philippines, commends the governor for vetoing the amendment: ‘This is a victory of the people of South Cotabato and is the correct move of Governor Tamayo in protecting the right of his constituents to a safe ecology and promoting the comfort and welfare of a majority of the affected communities.’

The Tampakan mining concession covers more than 28,000 hectares in the boundary of the provinces of South Cotabato, Davao del Sur, Sultan Kudarat and Sarangani. The mine would yield 15 million tons of copper and 17.9 million ounces of gold. It would affect five Bla’an Indigenous peoples’ territories and cause the relocation of more than 4,000 Bla’an indigenous peoples and affect the livelihoods and wellbeing of more than a million people downstream who are dependent on agriculture and fisheries.

The mine itself is located at the head-water of the Marbel-Buluan Watershed, a critical watershed area that is part of the 18 Major River Basins defined by the Philippine government as priority areas for climate change adaptation. Yet, the watershed has no protected status. The mine would clear around 3,935 ha of old-growth, high-biodiverse forests and arable lands.

For years, Indigenous communities who are the traditional owners of the mining concession were at the center of campaigns to resist the mine. However, with promises of financial and social benefits, and pressure from within divided communities, several leaders have now signaled their support for the project, but resistance remains strong across the province. Over the past 20 years, dozens of environmental and land defenders have been killed in the struggle against the mine.

IUCN NL supports its partner organisations in the Philippines in their lobby and advocacy efforts to secure the protection of the Marbel-Buluan watershed against mining. We do this as part of the Forests for a Just Future programme.

The Philippines being one of the world’s most mineral rich countries, IUCN NL also supports the lobby & advocacy efforts of our partners for much stronger environmental and social safeguards in environmental & mineral governance laws and policies at the national level.

Learn more about our work on responsible mineral governance