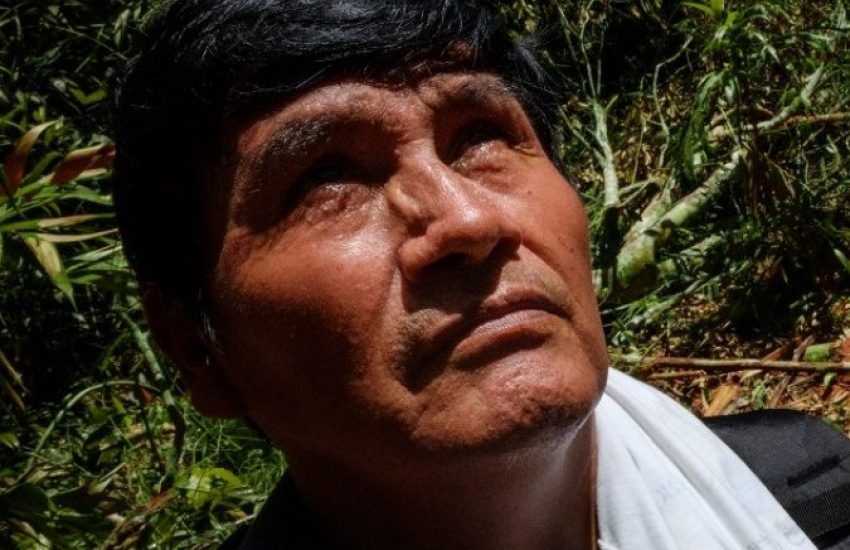 IUCN NL is shocked and saddened by the death of Demetrio Pacheco’s son.  Pacheco is the vice-president of the Comité Gestion Tambopata, which opposes illegal mining in Peru. IUCN NL worked closely with Pacheco and his organisation.

For years, the Comité Gestion Tambopata has been one of the most visible opponents of illegal gold mining in the Madre de Dios region, in one of the most violent and biodiverse regions of the Peruvian Amazon. Pacheco manages a forest concession in the buffer zone of the Tambopata Nature Reserve.

Over the weekend, Pacheco’s son, Roberto, was shot to death on the edge of the woods that he and his family protect. He was found by his father.

‘Robert Carlos Pacheco Villanueva was only 34 years old and for years he helped his father, Demetrio, protect the forest,’ says Liliana Jauregui, senior justice expert at IUCN NL. ‘They both brought up the problem of intruders for years, but the authorities didn’t take action.’

Pacheco fights against two enemies: illegal logging and mining. Between 2016 and 2019, father and son filed seven complaints against intruders looking for expensive timber species, but no action was taken.

Violence against environmental defenders is a worldwide problem. According to the last figures from Global Witness, in 2019, 212 people were killed because they stand up for nature. This is a record number, but these figures are just the tip of the iceberg: in many countries, the information provided is unreliable and in remote areas, deaths are not always recorded.

‘Besides, there are clear signs that the situation worsened during the corona pandemic,’ says Jauregui. ‘The murder of Roberto Pacheco is the fourth recorded murder of conservationists in Peru during the pandemic.’

IUCN NL is working on concrete interventions to improve the safety of environmental defenders at risk, such as a registration system to gain a better understanding of the problem, security training, actions and the documentation of evidence for criminal cases. IUCN NL also has an emergency fund to bring environmental defenders to safety in case of acute danger and provides legal assistance.

An end to impunity

Currently, many of the murders of environmental defenders do not result in prosecution. ‘This impunity must end. That’s why we’re pleading with the EU for a binding UN Binding Treaty for business and human rights, which enforces that environmental defenders and their rights are respected,’ says Jauregui. Together with other civil society organizations, such as ActionAid, Friends of the Earth Netherlands and SOMO, IUCN NL calls on the Dutch government to continue its efforts to bring about this treaty and to play a pioneering role within the EU to convince other countries of the need for this treaty.

For more information on violence against conservationists and measures to increase their safety, see: