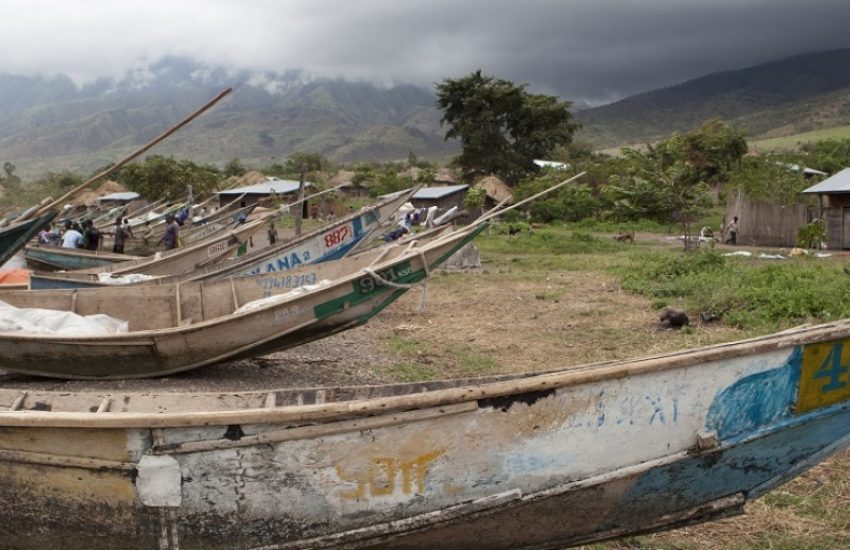 Murder of environmental defender at Lake Edward in DR Congo

IUCN NL is saddened by the death of Mandefu Mupanza Leonard Kenyata, who was killed on 19 June by Mai-Mai rebels while patrolling Lake Edward in the Democratic Republic of Congo. Kenyata took action against illegal fishing in his fight to safeguard natural resources.

Kenyata was part of the Nyakakoma legal fishing collective. Together with other conservationists, he personally committed to conserving natural resources in and around Lake Edward.

‘He was the brother of one of our partners,’ says Tina Lain, Senior Expert Environmental Justice at IUCN NL. ‘Since 2010, Kenyata has been committed to the rights of legal fishermen and patrolled against illegal activities in and around the lake.’

His struggle for conservation has brought him a series of threats, both from illegal fishermen and from Mai-Mai who are making big bucks in providing “protection” to illegal fishermen. ‘If a vigilante like Kenyata seizes prohibited fishing boat engines during a patrol, the illegal fishermen will not feel protected and are less willing to pay the Mai-Mai,’ Lain explains.

Kenyata’s house has been plundered and burnt down twice, and his fishing boat has also been stolen and destroyed twice. ‘Despite these threats, Kenyata remained true to his goal. He was committed to conservation until his death,’ Lain says.

Lain emphasizes that Kenyata’s battle was an unfair one: ‘You don’t have to carry a weapon or be a park ranger to become the target of the Mai-Mai. Honest individuals trying to protect the rule of law are victims of these kinds of practices.’

The various fisheries authorities have posthumously declared Kenyata ‘Héros du Lac Édouard’ (Hero of Lake Edward) for his efforts against illegal activities. ‘People like Kenyata are aware of the enormous risks they run. Yet they see no other option than to commit to conservation, even if they have to pay for it with their life.’

Kenyata leaves a widow and 11 children.