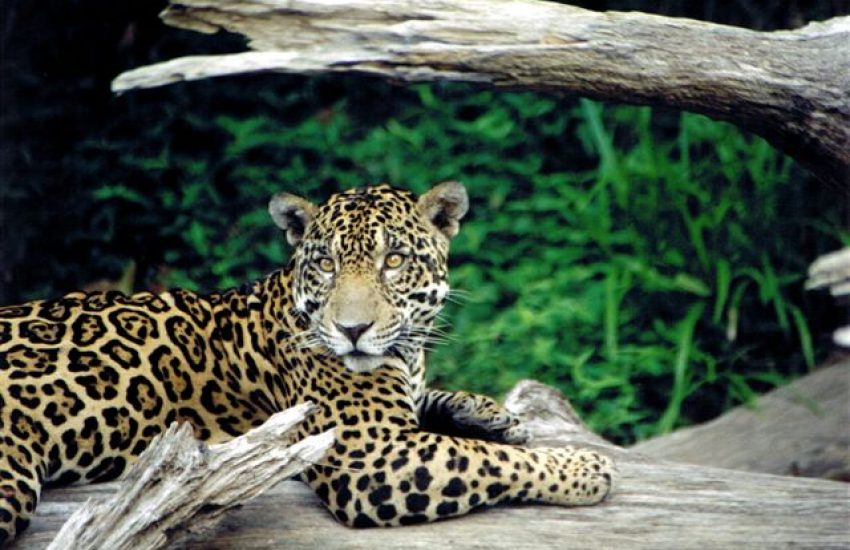 On behalf of the IUCN National Committee of the Netherlands (IUCN NL), Earth League International (ELI) conducted undercover investigations on jaguar poaching and trafficking in Bolivia. ELI investigated the criminal networks behind this illegal wildlife trade from 2018 to 2020 and unveiled the traffickers’ modus operandi and transport methods, routes and geographical hotspots. The investigations showed that the demand for jaguar parts comes from Asia and the trade is generally run by Chinese residents in Bolivia.

The jaguar is the only member of the panthera family in the Americas and is by far the biggest cat on the continent. Scientists estimate there are between 130,000 and 208,000 jaguars left in the wild, mostly concentrated in the Amazon basin. The jaguar is classified by IUCN as ‘near threatened’. According to local experts, today there are an estimated 2,000-3,000 jaguars left in the wild in Bolivia.

Infrastructural developments and the influx of Chinese companies in recent years have been indirect drivers for the surge in jaguar trafficking in Bolivia, both through opening up previously inaccessible wilderness territory and providing new sources of consumer demand. ELI’s investigations showed that jaguar trade is run by Chinese South American residents, who mostly supply to sellers in China or have links with wholesalers and stockers in China. While customers are all Asian, Bolivian locals often act as hunters or conduct sourcing activities.

Jaguars are poached for their meat, teeth, bones and skin. Andrea Crosta, the co-founder of ELI says: ‘Chinese attribute medicinal power to jaguar parts and often use jaguar fangs in jewellery to symbolize social status. Our team was shown hundreds of jaguar teeth for sale. They explained to us that the larger fangs are preferred over the small ones, because of the necessity to carve them.’

Jaguars suffer a double threat: jaguar fangs and parts are trafficked per se, but also as substitutes to tiger’s canines due to their very large size. As a matter of fact, in Chinese jaguars are called ‘American tigers’. Reduced availability of tiger parts in Asia, combined with growing demand in East and Southeast Asia and the increased Chinese presence in Latin America, may have come together to create a “perfect storm”, resulting in the surge in trafficking of jaguar parts to China.

ELI’s investigation found that sophisticated networks are driving the procurement and trafficking of jaguar parts. The persons identified by ELI have solid transnational networks that allow them to smuggle without major issues jaguar parts as well as every sort of illegal goods from South America to China. The goods are generally transported by plane, with individuals carrying them into pieces of luggage or on their bodies.