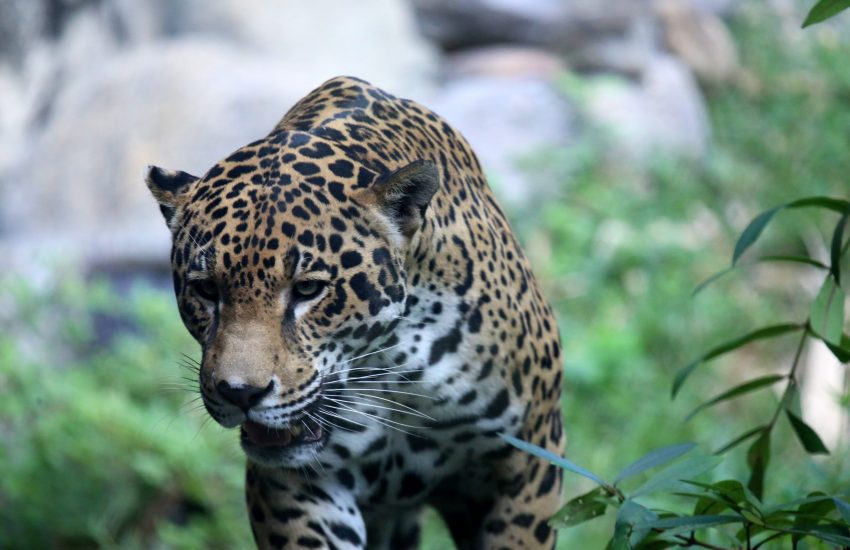 Meet the 2020 grantees of the IUCN NL Land Acquisition Fund

Saving species by protecting and connecting crucial habitat? It works! Since 2001, the IUCN NL Land Acquisition Fund, supported by the Dutch Postcode Lottery, provides funds for local NGOs to acquire threatened patches of wilderness to create or expand safe reserves for endangered species and connect wildlife habitats. This year, these three projects receive a grant to protect and connect key wildlife habitats.

The fragmented Coastal Forests of Eastern Africa are among the ten most threatened forest hotspots in the world. A core part of the region is the Dakatcha Woodland, a mosaic of dry coastal forest, bushland and wetlands, 150 km north of Mombasa, Kenya. ‘Originally known only for the endemic Clarke’s Weaver, more recently the Sokoke scops owl, Sokoke pipit and Golden-rumped sengi (all three listed as Endangered on the IUCN Red List of Threatened Species) have been discovered in Dakatcha Woodland,’ says Marc Hoogeslag, senior expert nature conservation at IUCN NL.

In the face of a rapidly increasing human population, there has been huge migration of people from inland Kenya seeking land for agriculture in the Dakatcha Woodland. Furthermore, as forest cover has vanished elsewhere in Kenya the forests of Dakatcha have been heavily sought after as a wood supply for charcoal production.

‘The grant allows A Rocha Kenya to secure a portion of forest that will protect the entire known population of Sokoke scops owl outside of Arabuko-Sokoke in Kenya.’

A Rocha Kenya currently manages 590 hectares in the Dakatcha Woodland. ‘The grant allows them to acquire a patch of land with which they can connect all three current reserves,’ Hoogeslag says. ‘That way, they secure a significant portion of this fast diminishing forest that will protect the entire known population of Sokoke scops owl outside of Arabuko-Sokoke in Kenya, together with significant numbers of the Sokoke pipit and the Golden-rumped sengi.’

The creation of the reserve is set within a deliberate effort to engage with local communities as well as form a multi-stakeholder forum to regulate development and promote conservation in the entire landscape.

The tropical dry forest of Central America is one of the world’s most endangered ecosystems. Only 2% of this forest remains intact, and of this, 95% has no protective status. As a result of this forest loss, many species of flora and fauna are threatened.

The Paso del Istmo represents a microcosm of the conservation challenges found in Northern Central America, where there are high rates of rural poverty, high human population density, and a long history of land use change, leaving the dry tropical forest in many small degraded fragments.

‘Since 2005, Paso Pacífico has worked in southwestern Nicaragua to support local people in protecting wildlife and restoring forests within the Paso del Istmo Wildlife Corridor,’ Hoogeslag says. ‘These efforts have led to population recoveries for the endangered Central American spider monkey and Yellow-naped Amazon parrot, yet they have been insufficient in securing long-term protection for core habitats. In 2017, we therefore supported Paso Pacífico in taking the first step towards ensuring the corridor’s future by purchasing the Mono Bayo Reserve, a 65-hectare property comprising a mix of secondary and primary forest.’

‘There are dozens of migratory bird species that pass through the isthmus on their travels north and south, making the target area a key stop-over site for many species.’

With the 2020 grant, Paso Pacifico will purchase an adjacent 42-hectare property which includes old-growth forest. This land purchase will increase the effective size of the Mono Bayo Reserve by 67%.

‘The Miguel Soto property, together with the Reserva Mono Bayo, occupy a key area for protecting key species and restoring connectivity in the Paso del Istmo,’ Hoogeslag says. ‘There are dozens of migratory bird species that pass through the isthmus on their travels north and south, making the target area a key stop-over site for many species.’

The Andean condor has a huge role in both Colombia’s ecosystems and culture. Yet the bird is Critically Endangered, with approximately only 180 remaining individuals.

The Almorzadero paramo, located in the Eastern cordillera of Colombia, is a strategic ecosystem connecting two important protected areas. It represents a stable population of condors: 20% of the total population in Colombia.

‘The new reserve will be used by Foundation Parque Jaime Duque as a conservation foothold, focused on conservation, restoration, research and environmental education related to the Andean condor.’

‘With the grant, the Foundation Parque Jaime Duque will create a 209-hectare reserve with the grant in the home-range of the Andean condor,’ Hoogeslag says. ‘Within 500 meters from this reserve, strategic places for nesting and resting of these birds have been identified.’

Foundation Parque Jaime Duque already started a project with local communities in the Almorzadero paramo, who had a difficult relation with the condors because of human – wildlife conflicts. They agreed with the farmers to declare their lands as nature reserves where they can still develop economic activities in a more sustainable way, providing habitat and a safe place for the species.

The new reserve will be used by Foundation Parque Jaime Duque as a conservation foothold, focused on conservation, restoration, research and environmental education related to the Andean condor as an umbrella species.

‘The Atlantic Forestis considered “the hottest of the hotspots” on the planet – due to its enormous biodiversity, degree of threat and important source of clean water for the largest urban centers in Brazil and South America,’ says Hoogeslag. ‘Most of the animals and plants threatened with extinction in Brazil belong to this biome and of the seven Brazilian species considered extinct in recent times, all were found in it.’

‘The property will protect part of the last remaining habitat for the jaguar.’

Only 7% of its original cover is still present. Real estate speculation and illegal occupations are the main threats to the Atlantic Forest Biome.

With the grant, Instituto Terra Luminous will purchase 126 hectares Atlantic forest right on the outskirts of São Paulo, as part of the Terra Luminous Green Belt Program. ‘This ambitious program aims to ensure the conservation and connection of the Atlantic Forest remnants bordering the Serra do Mar State Park and part of the watershed protection area of the metropolitan region of São Paulo.’

The property will protect part of the last remaining habitat for the jaguar, which has the status of ‘Critically Endangered’ in the state of São Paulo.

Thank your for your support!

In addition to the support of the Nationale Postcode Loterij, we also received generous donations from private individuals in 2020. These donations enabled us to grant the work of the following organisations:

We thank all our donors for their support!

Since its foundation in 2001, the Land Acquisition Fund has supported more than 100 committed, local NGOs to pursue their conservation dreams. The fund supported 135 projects in 36 countries and enabled the acquisition of over 42,000 hectares of nature. This way, the fund significantly helped increase the chances of survival of the blue-throated macaw, the puma, the jaguar, the mountain tapir, the Bornean elephant and countless other species.