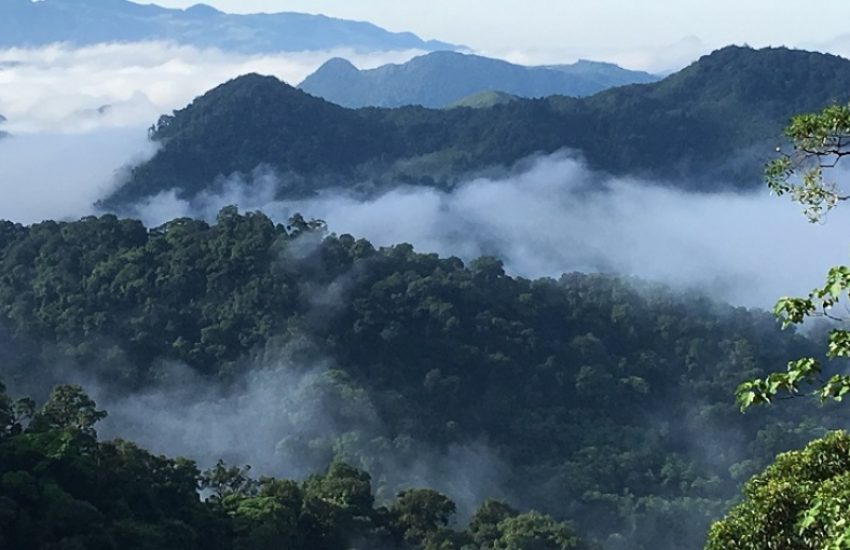 Our local partner organisation Viet Nature has secured the highest government protection for the Khe Nuoc Trong forests. The move delivers a safer home for 40 globally threatened species, including extremely rare antelope and singing gibbon brought to brink of extinction by loggers and poachers.

‘Whilst the watershed protection status already protected the trees from logging, it didn’t have any mandates for wildlife conservation,’ Tuan Anh says. ‘The new status puts biodiversity protection as a key objective – the level that its outstanding biodiversity deserves. It’s an inspiring achievement after more than a decade of hard work. We will now be able to access a higher level of funds for conservation from local as well as national governments.’

The reserve’s biodiversity value is illustrated by its roster of key animal species, from charismatic primates – chief among them the Red-shanked Douc Langur and the singing Southern White-cheeked Gibbon – to the Endangered peacock-like Crested Argus birds and a great many turtle species.

For some species, continued protection of Khe Nuoc Trong and similar forests may offer a last chance. Discovered only in 1992, the Saola antelope is one of the world’s rarest mammals, earning it the ‘Asian Unicorn’ nickname. The reserve is a likely habitat of this Critically Endangered species, driven by poaching to the cusp of extinction.

Khe Nuoc Trong could prove key to the fate of other extinction-facing species in the area, including a Critically Endangered deer species – the Large-antlered Muntjac – known to science only since 1994. The Vietnam (or Edwards’) Pheasant, a Critically Endangered bird not seen in the wild for decades, may be reintroduced in the nature reserve in the future.

The 22,132 hectares of forest are a climate powerhouse in their own right: according to research by the University of Leeds, protecting the reserve could offset almost 50,000 tonnes of carbon dioxide per year over the next 30 years.

Supported by World Land Trust (WLT), BirdLife International, IUCN NL and the University of Leeds, Viet Nature has worked since the early 2010s to protect the Khe Nuoc Trong forests, one of the best and last few such ecosystems still standing in Vietnam and the home of over 40 threatened animal species.